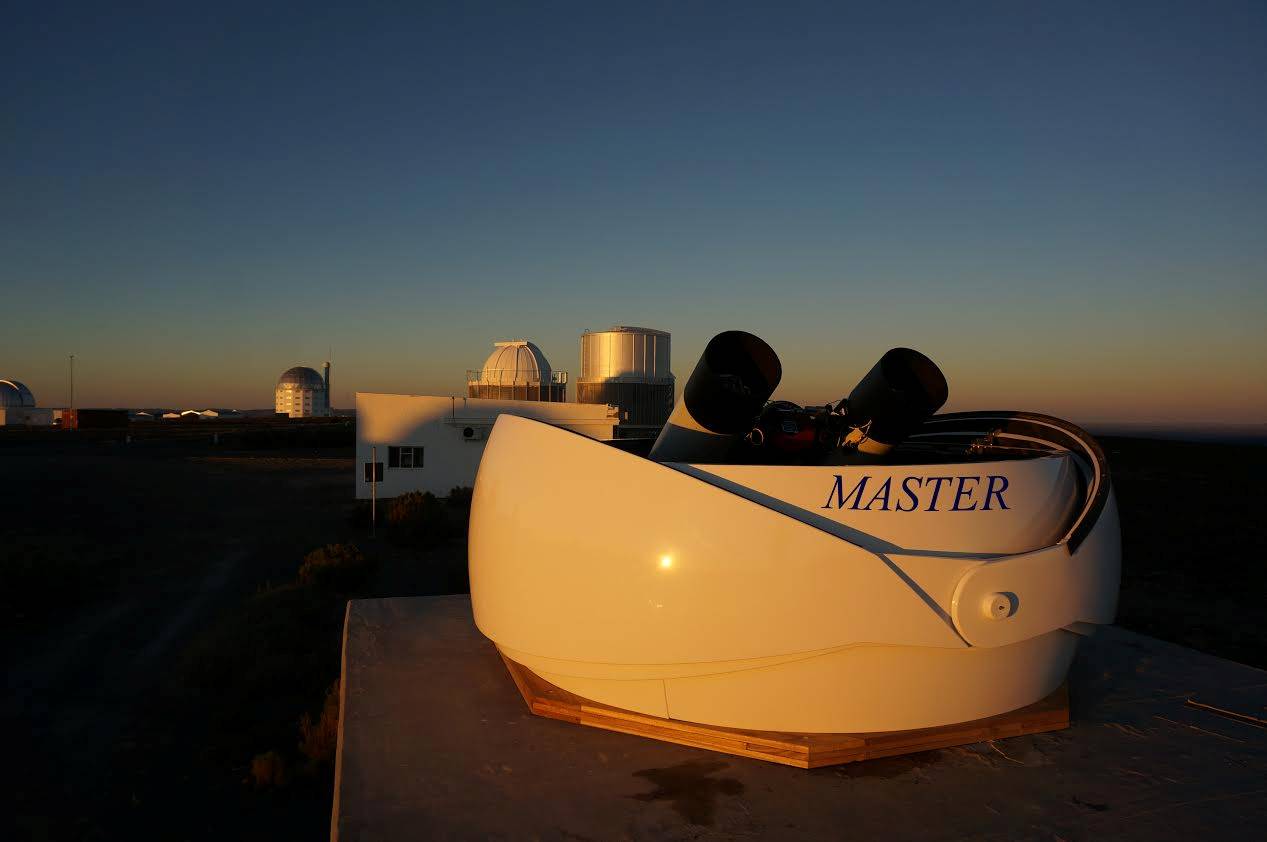 Posted at 23:04h in Astronomy Articles by Thea Koen 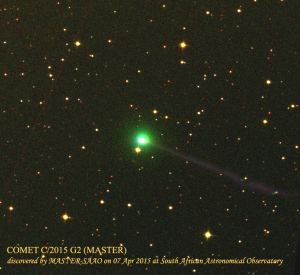 The first image of Comet C/2015 G2 MASTER taken by the MASTER-SAAO telescope on 8 April 2015. The image was produced from adding together four exposures taken in different coloured filters to produce a colour image of the field.

In the early hours of the 7th April, an un-manned robotic telescope, MASTER-SAAO, situated near Sutherland in the Karoo, discovered a new comet. This is the first comet to be discovered in South Africa since 1978.  The Russian – South African run telescope has been scanning the southern skies since it began operating in late December 2014, looking for “transients” – new objects which appear in the sky for the first time. Since then, over 60 new  objects have been discovered, most of them being erupting or exploding stars. However, the MASTER-SAAO telescope has just discovered its first comet.

Comets are often described as “dirty snowballs”  and are composed of a ball of frozen ice with chemical compounds and dust mixed in. As a comet approaches the Sun it begins to melt resulting in a halo of gas and dust surrounding the solid nucleus called the coma. The Solar wind pushes the gas and dust released away from the comet resulting in the beautiful tails that we see associated with comets. There are actually two tails to a comet, one is made of gas (ions) which comes from the frozen compounds melting, the other is a dust tail again caused by the gases from the nucleus evaporating taking the dust with them. Astronomers are interested in studying comets because they represent the oldest and most primitive objects in the solar system and give astronomers an insight as to what conditions were like at the formation of our solar system. 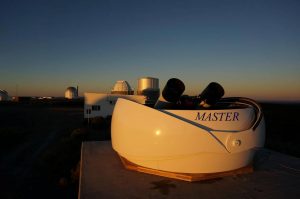 The MASTER-SAAO telescope at Sutherland.

The recently discovered comet has been officially named “Comet C/2015 G2 (MASTER)” and the discovery was confirmed on the 10th April by the Minor Planet Center, based at the Smithsonian Astrophysical Observatory in the USA. It is the 20th comet discovered so far in 2015, and is currently heading rapidly south through the southern skies, brightening as it does so. Currently, the comet is about 180 million km from the Earth. It will make its closest approach to the Sun, at 116 million km (just a little further from the Sun than Venus), on the 23rd May when it is expected to be at its brightest. Although the comet is not particularly bright, the image taken by the MASTER-SAAO telescope shows a distinct ion (gas) tail, produced by the interaction of the Solar wind and the comet. As it brightens, the comet should be visible in dark skies (i.e. away from city lights) using binoculars. The last comet discovered in South Africa, Comet D/1978 R1 (Haneda-Campos), was co-discovered by Jose da Silva Campos, observing from Durban on 1st September 1978, and an astronomer in Japan, Toshio Haneda.

The MASTER-SAAO facility is one member of a network of telescopes operated by the Lomonosov Moscow State University’s Sternberg Astronomical Institute. Most of the other telescopes in the network are located in Russia but there are two telescopes in the network located in the Southern Hemisphere: the MASTER-SAAO facility just outside Sutherland and a smaller telescope in Argentina. The Sutherland facility is a joint project with the South African Astronomical Observatory, aimed to discover and study southern optical transients – new objects which suddenly appear in the sky. It is the first transient detection system to be situated at Sutherland and will eventually be joined by another similar system, MeerLICHT, later this year. Discoveries from these telescopes will be followed up by more intensive studies using other South African telescopes such as SALT and MeerKAT (once it begins operating) and also the HESS gamma-ray facility in Namibia.