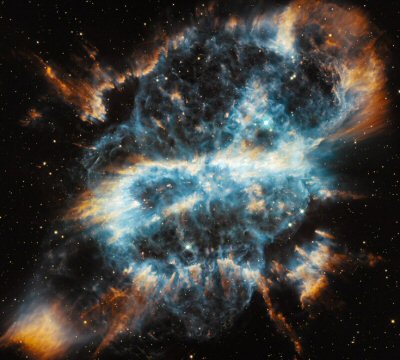 Posted at 00:19h in Astronomy Articles by Thea Koen 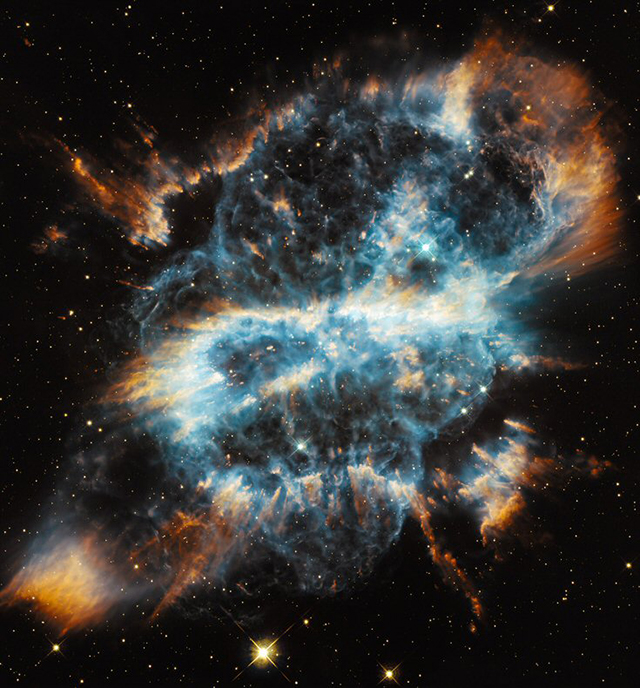 I wonder what James Dunlop was thinking when he stumbled across one particular nebula with his telescope from suburban Sydney in 1826. In the fledgling colonial Australian city, far from his Scottish home, Dunlop called the newly discovered nebula Delta 252 (Cozens, Walsh & Orchiston 2010). It was described as ‘quasi-planetary’ by Henize (1967) and later as ‘a graceful affair of recurvant gaseous draperies’ by Evans (1968). It didn’t look like your typical planetary nebula, a hot envelope of gas ejected by dying stars of similar mass to the Sun, but nowadays it’s one of the most spectacular examples of such nebulae. A large number of astronomers worldwide are interested in the burning question of what produces the unusual shapes of nebulae ejected by evolved stars. Binary stellar systems are suspected to be responsible, yet astronomers know of only about 50 such examples of planetary nebulae that host binaries.

The Hubble Space Telescope images of Delta 252, now known as NGC 5189, capture its filamentary knots in all its glory, with the smallest clumps of low ionisation gas as large as the Solar system. Several decades ago astronomers noted NGC 5189 to have several of these clumps distributed around the nebula in pairs, hinting that there may be a binary star system present that was responsible for producing such an unusual configuration of clumps (Phillips & Reay 1983). Yet this was a mysterious object which knew how to keep its secrets. While astronomers had monitored the brightness changes from the central star with earnest, their efforts turned up empty, as all it showed were very low amplitude pulsations (Ciardullo & Bond 1996). No binary seemed to be present.

Recently, it has become clear that some central stars of planetary nebulae, the hot stars responsible for keeping the lights on in these ‘neon signs’ of astronomy, are actually binary systems that have another hot star as a companion. Many of these systems cannot be found unless their influence on the companion is unveiled by monitoring the Doppler motions of the central star with repeated spectroscopic observations. The shape and movement of the nebula gas in NGC 5189 told us there was a high probability there was a binary present, so we set out to test the binary hypothesis once and for all. Over three months in 2014 we turned SALT’s giant eye on the central star of NGC 5189 to see whether there was a stellar companion tugging the central star to and fro. At last we received the signal we were after, with clear sign that a hot star orbited the central star every 4.04 days (Manick, Miszalski & McBride 2015). Especially satisfying for us was the fact that this is only the second such binary in a planetary nebula where the visible central star belongs to a rare class known as Wolf-Rayet stars — stars renowned for their strong stellar winds (2500 kilometers per second in this case, which certainly puts the Cape Doctor to shame!). We plan to continue our search for similar binaries with SALT to help better understand how these unique stellar systems sculpt their surrounding nebulae.

I wonder what Dunlop would think of our discovery now? Would it have affirmed an inkling he had about the shape of a nebula he diligently catalogued all those years ago? That something was somehow different in the shape of this nebula? Perhaps it would simply extend the corners of his lips from ear to ear in a resplendent grin from which he would say, ‘I told you so’?

Enjoyed this article? Read more about binary systems in our student section.