Posted at 00:58h in Astronomy Articles by Thea Koen 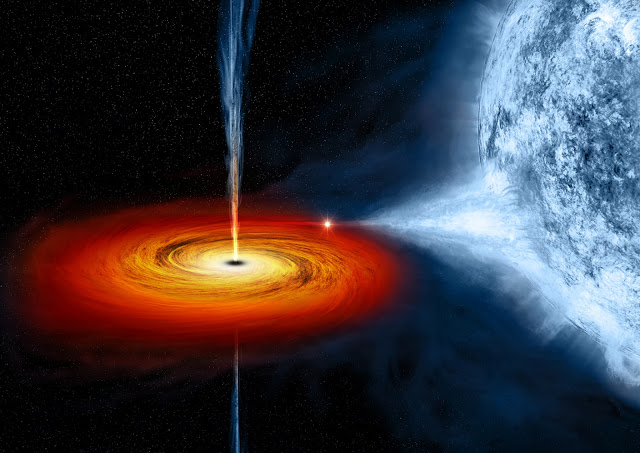 Imagine getting an observation with a 10m class telescope done from anywhere in the world… It’s not as far-fetched as it may sound.

Remote observing gives astronomers the opportunity to use telescopes without physically being near them. Such capabilities are readily available on a number of smaller telescopes around the world via an internet connection. For example LCOGT (https://en.wikipedia.org/wiki/Las_Cumbres_Observatory_Global_Telescope_Network).
Many new facilities include remote control and/or robotic functionality which allow individuals to execute their own observations from far away. But the more complex the facility, the more difficult it becomes to hand over the controls to a single person and they are typically run by operations teams that include technical personnel, telescope operators and astronomers. In such cases remote observing is less likely to be achieved or even attempted.

An astronomer at SAAO recently observed a Black Hole binary system from the comfort of her home in Cape Town using the Berkeley Visible Image Tube (BVIT), a visitor’s instrument on SALT. BVIT allows astronomers to investigate optical variability on very short time-scales (far less than a second).

Black Hole binary systems host black holes with mass comparable to that of our Sun and companion stars that are typically smaller than our Sun. They are particularly interesting to observe when they undergo an outburst. Normally the companion star transfers enough of its material to create an accretion disc of inward-spiralling gas that surrounds the otherwise invisible Black Hole. But during an outburst the accretion disc allows more material to reach the Black Hole, which responds by launching jets of particles away from it. See the beautiful artist’s illustration of such a  scenario above.  We are fortunate if we get an opportunity to observe such events once (perhaps twice) per year, because these systems are very faint in optical wavelengths and we are investigating their variability on the shortest time-scales we can achieve with current technology. The data from such observations are compared to data obtained in other wavelengths and through a multi-wavelength approach we can learn more about these systems than we ever could by just studying them in one regime.

The remote observation itself was a successful ultra-high time-resolution observation, simultaneous with two X-ray satellites. These observations are notoriously difficult to accomplish given the extreme time constraints. But when challenges are met with good planning, coordination and a capable, determined operations team, eventual success is inevitable. While SALT has participated in such observations a number of times in the past, this first remote observation with SALT opens a host of new possibilities to consider for future operations.