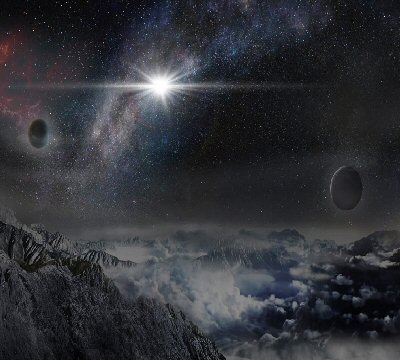 Posted at 03:12h in Press Releases by Thea Koen 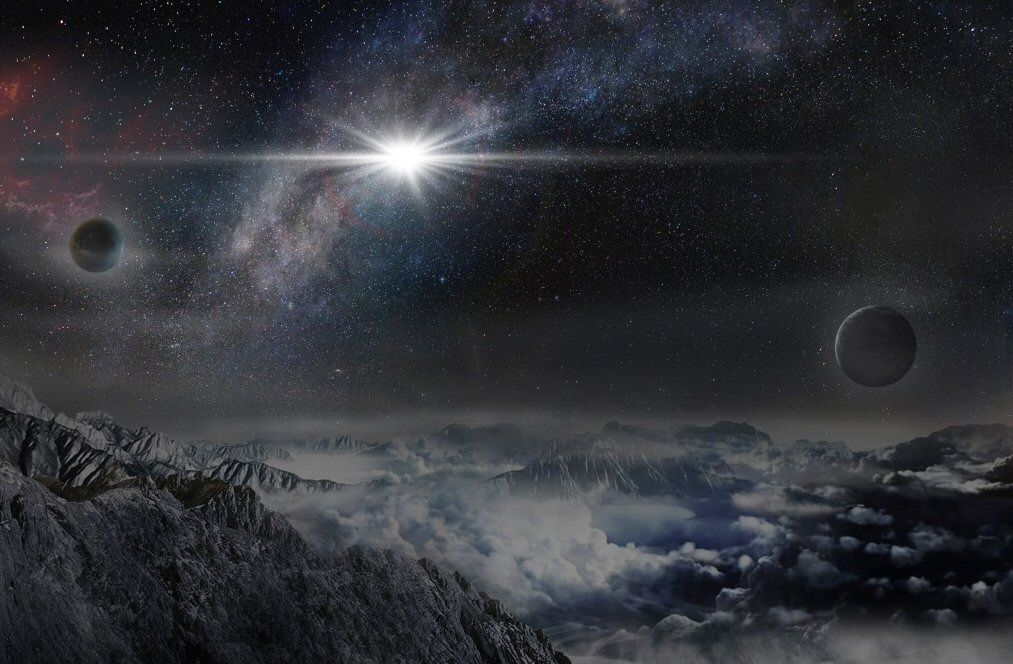 An artist’s impression of the record-breakingly powerful, superluminous supernova ASASSN-15lh as it would appear from a planet located 10,000 light years away in the host galaxy of the supernova. (Credit: Beijing Planetarium / Jin Ma)

A collaboration of telescopes, including a major contribution by the Southern African Large Telescope in Sutherland, has unveiled a cosmic explosion about 200 times more powerful than a typical supernova, events which already rank amongst the mightiest outbursts in the universe. It was more than twice as luminous as the previous record-holding supernova.

To prove the record breaking nature of this supernova explosion, crucially, its distance had to be established. This was achieved with spectroscopic observations taken by SALT. “Upon seeing the spectral signatures from SALT and realizing that we had discovered the most powerful supernova yet, I was too excited to sleep the rest of the night,” said Subo Dong, an astronomer and a Youth Qianren Research Professor at the Kavli Institute for Astronomy and Astrophysics (KIAA) at Peking University.

“This impressive result highlights the strengths of SALT and the benefits of Chinese-South African collaboration in astronomy, and we are looking forward to strengthening such collaboration in future”, added Petri Vaisanen, head of science operations at SALT.

At its peak intensity, the explosion, called ASASSN-15lh, shone with 570 billion times the brightness of the Sun. If that statistic does not impress, consider that this luminosity level is approximately 20 times the entire output of the 100 billion stars comprising our Milky Way galaxy.

Images showing the host galaxy before (Left) the explosion of ASASSN-15lh, and afterwards (Right) when the supernova actually outshines the whole host galaxy. The images were taken by the Dark Energy Camera (DECam), and the Las Cumbres Observatory Global Telescope Network (LCOGT), respectively. (Credits: The Dark Energy Survey, B. Shappee and the ASAS-SN team)

As described in a new study published today in Science, ASASSN-15lh is amongst the closest superluminous supernovae ever found, at around 3.8 billion light years away. Given its exceptional brightness and closeness, ASASSN-15lh might offer key clues in unlocking the secrets of this baffling class of celestial detonations.

“ASASSN-15lh is the most powerful supernova discovered in human history,” said Dong, the study lead author. “The explosion’s mechanism and power source remain shrouded in mystery because all known theories meet serious challenges in explaining the immense amount of energy ASASSN-15lh has radiated.”

ASASSN-15lh was first glimpsed in June 2015 by twin telescopes with 14-centimeter diameter lenses in Cerro Tololo, Chile conducting the All Sky Automated Survey for SuperNovae (ASAS-SN), an international collaboration headquartered at The Ohio State University. (Hence ASASSN-15lh’s somewhat menacing moniker.) These two tiny telescopes sweep the skies to detect suddenly appearing objects like ASASSN-15lh that are intrinsically very bright, but are too far away for human observers to notice.

Curves showing the changing brightness over weeks and months of various supernovae, with the newly discovered ASASSN-15lh in black at the top. That single exploding star, at its peak, shone as bright as hundreds of billions of Suns. The previous record-holding supernova named iPTF13ajg is shown in blue. The brightness of our own galaxy, the Milky Way, is also shown for comparison. (Credit: The ASAS-SN team)

A spectrum taken at the 2.5 meter du Pont telescope in Chile suggested that ASASSN-15lh might indeed be a superluminous supernova.

To know for sure how luminous ASASSN-15lh was, a measurement of its distance was required. This was determined with spectroscopic observations by Dong’s colleague Saurabh Jha of Rutgers University using the Southern African Large Telescope (SALT). “SALT and its queue schedule observing are ideal for rapidly following up transient events like ASASSN-15lh,” explained Jha.

To clear up where exactly ASASSN-15lh is located, as well as numerous other mysteries regarding it and its hyper-kinetic ilk, the research team has been granted valuable time this year on the Hubble Space Telescope. With Hubble, Dong and colleagues will obtain the most detailed views yet of the aftermath of ASASSN-15lh’s stunning explosion. In concert, Jha has continued to use SALT to obtain spectroscopic follow-up observations to analyze the composition and structure of the explosion as it progresses, including making use of special “Director’s Discretionary Time” awarded to study this unique event. Important insights into the true wellspring of its power should come to light.

One of the best hypotheses is that superluminous supernovae’s stupendous energy comes from highly magnetized, rapidly spinning neutron stars called magnetars, which are the leftover, hyper-compressed cores of massive, exploded stars. But ASASSN-15lh is so luminous that this compelling magnetar scenario falls short of the required energies. Instead, ASASSN-15lh-esque supernovae might be triggered by the demise of incredibly massive stars that go beyond the top tier of masses most astronomers would speculate are even attainable.

“The honest answer is at this point that we do not know what could be the power source for ASASSN-15lh,” said Dong. “ASASSN-15lh may lead to new thinking and new observations of the whole class of superluminous supernova, and we look forward to plenty more of both in the years ahead.”

1] The Kavli Institute for Astronomy and Astrophysics (KIAA) is jointly supported by Peking University and the Kavli Foundation. Website: http://kiaa.pku.edu.cn
2] ASAS-SN Survey. Website: http://www.astronomy.ohio-state.edu/~assassin/index.shtml
3] Southern African Large Telescope. Website: https://www.salt.ac.za
4] Link to the Science paper: http://www.sciencemag.org/lookup/doi/10.1126/science.aac9613
5] A review article on superluminous supernova by Prof. Avishay Gal-Yam published in Science in 2012 can be found at: http://arxiv.org/abs/1208.3217