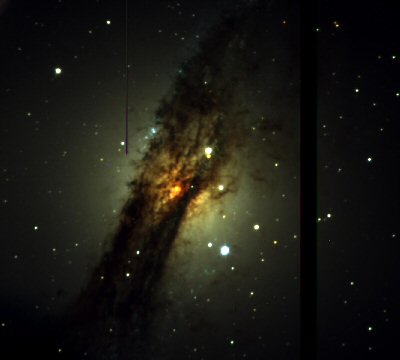 Posted at 02:10h in Astronomy Articles by Thea Koen 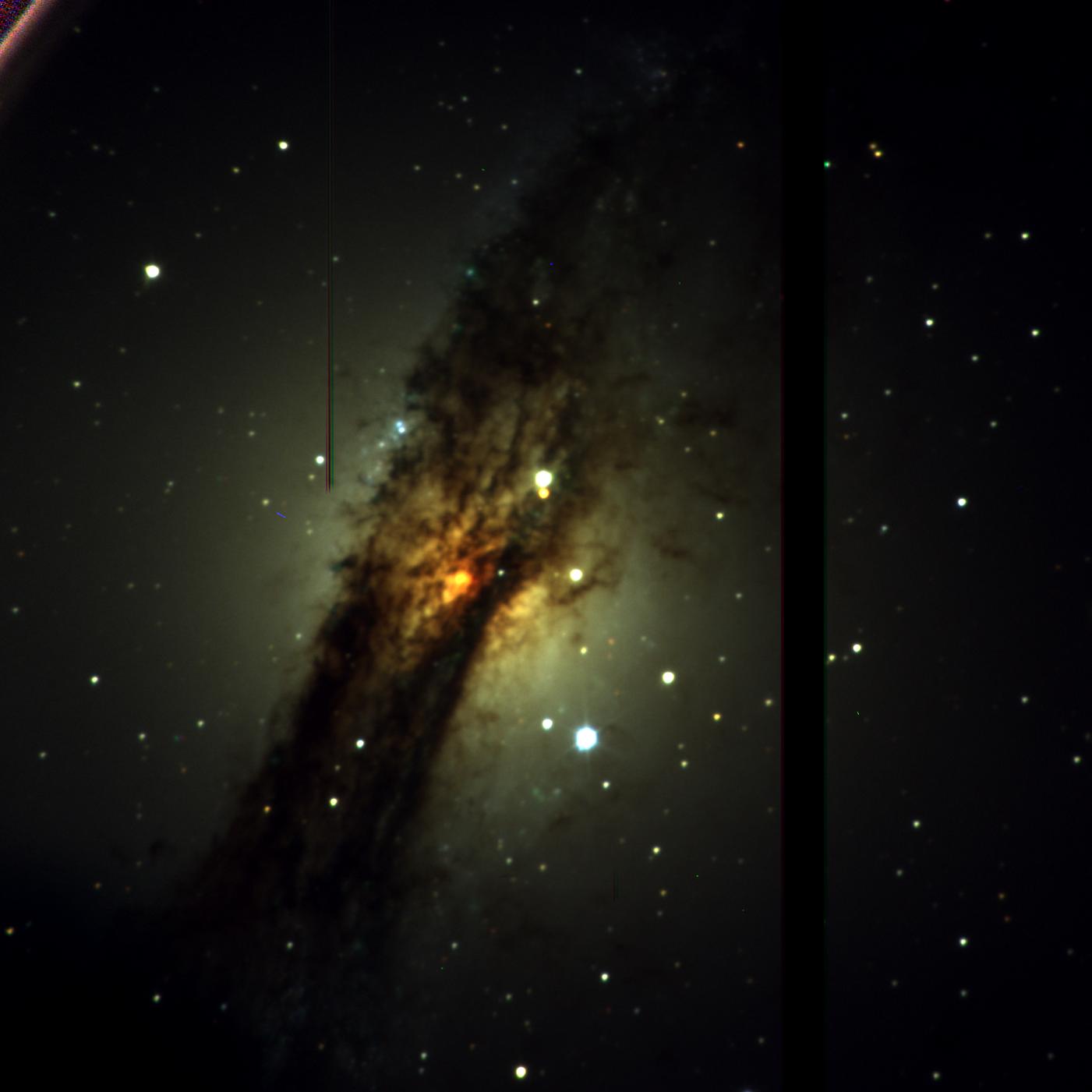 Image: Cen A with g, r and i filters.

A supernova, a star that just ended its life in an explosion, was discovered yesterday (Feb 8, 2016) in a nearby galaxy known as Centaurus A.  The galaxy is well known for its peculiar and prominent dust lane and for it hosting one of the closest active galactic nuclei with massive radio jets.

SALT was (as far as we know) the first major telescope taking a spectrum of the supernova just hours after its discovery on the night of Feb 8.   More spectra were taken tonight (Feb 9), and are being analysed by SALT partners at Dartmouth and Rutgers Universities in the U.S.

Above and below are hot-off-the-telescope Salticam images of the central regions of the Cen A galaxy, with the Supernova.  The images consist of short 3 and 5 second exposures taken during the acquisition of the spectroscopic observation.   One image is combined from g’, r’, and i’ band observations, and the other from u’, g’, and r’ bands.

The thick dust disk of the galaxy is obscuring its nucleus, shining from behind it.  The Supernova is seen as a yellowish (in the gri image) or reddish dot (in the ugr image) just underneath a brighter foreground star in our Milky Way.  Without any further studies and spectra, just the red colour of the Supernova indicates that it has exploded deep inside the dust disk.  The red colour comes from the reddening, or extinction, effect of the dust in front of it, similarly than looking at a sun through thick smoke.  Blue dots at the sides of the dust disk, in contrast, are regions of very young stars unobscured by dust.

Research groups around the world will likely be studying the Supernova, dubbed SN2016adj, over the next weeks as it first likely gets brighter, and then dims away.

SALT observations were done by Éric Depagne and Thea Koen.