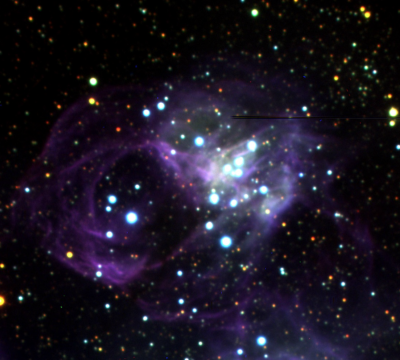 Posted at 02:35h in Astronomy Articles by Thea Koen 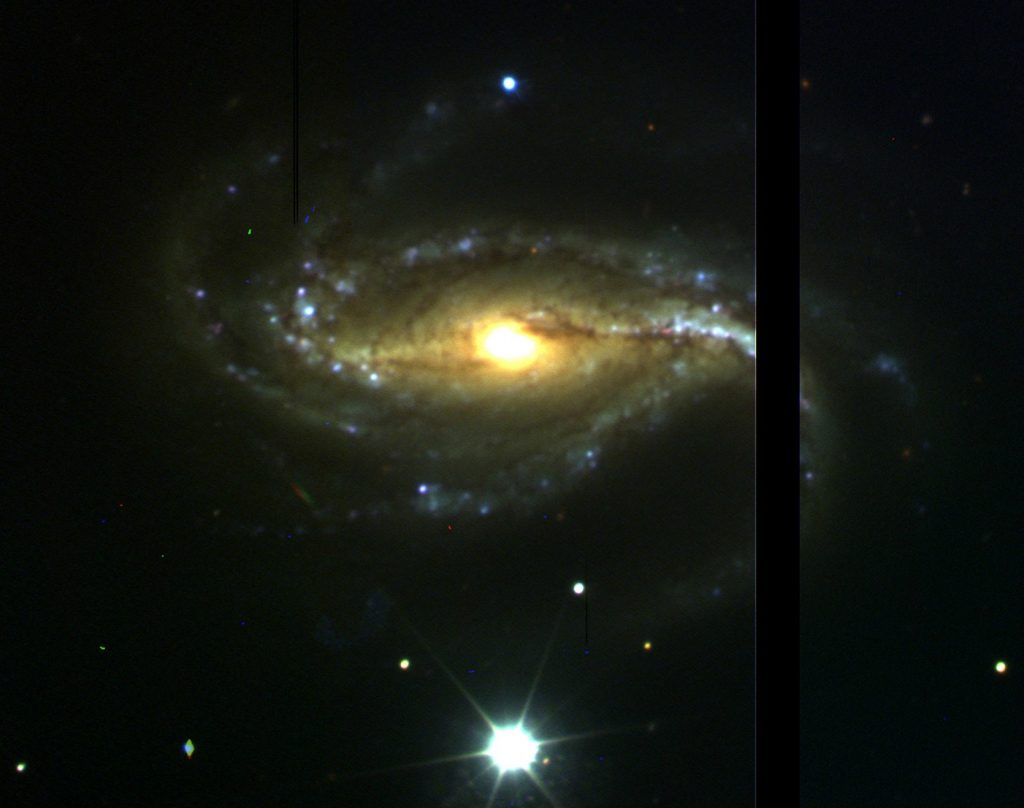 The very bright object at the lower part of the image is a bright star in our own Milky Way, that just happens to be in the foreground.  SN 2016gkg is the white-blue spot above the yellow galaxy nucleus at the tip of the spiral arm – that is where it exploded 70 million years ago.

A bright Supernova (SN) candidate was detected by an automated SN survey called ASAS-SN using a small automated telescope in Chile in the morning of Sep 21st.  The new source was in a galaxy NGC 613, a barred spiral galaxy some 70 million light years away in the constellation of Sculptor.  There are many astronomers studying SN explosions in the SALT consortium, and indeed the Rutgers University partners triggered a SALT spectral observation that same evening. A spectrum is needed to confirm whether it really is SN or not, and SALT was the first telescope in the world to take this crucial spectrum –  observations like these really highlight the rapid response capability of SALT. Dr. Saurabh Jha at Rutgers analysed the data almost in real time during the night and issued an Astronomer’s Telegram classifying it as a type-II Supernova, meaning it was a rapid collapse and explosion of a very massive star, perhaps 8 to 40 times more massive than the Sun.  When confirmed as the real thing, it got an official designation, it is now known as “SN 2016gkg”.

Type-II Supernovae happen all the time, but each one brings more understanding about the physics of the very end of stellar life-cycles. Follow-up spectra of SN 2016gkg is taken over several weeks to see how it changes as the explosion fades. 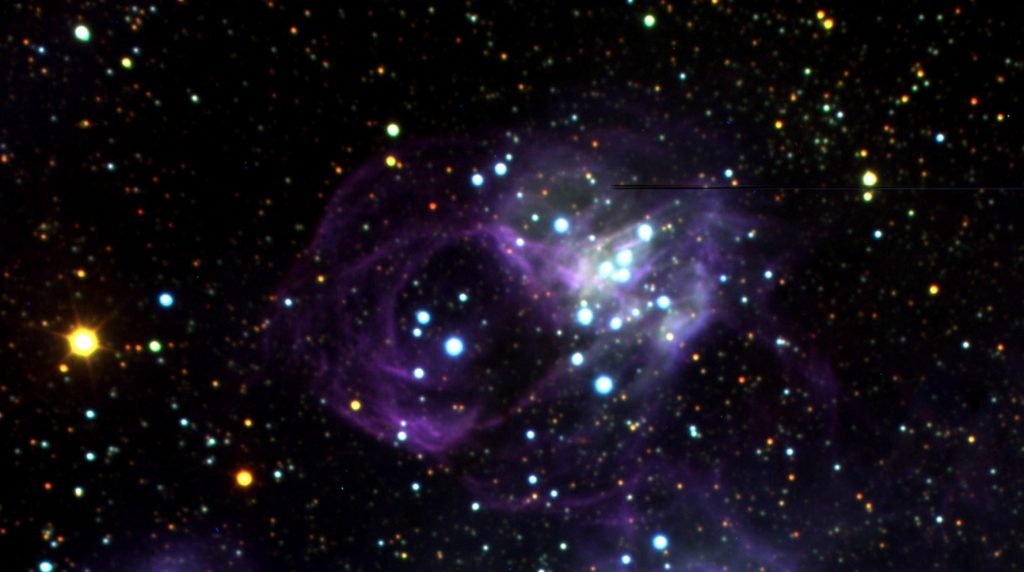 The eerie looking gas, named DEM L241, in the Large Magellanic Cloud some 160 000 light years away, is a remnant of a Supernova explosion. The interest of the scientists (from UFS and Wits) in this case actually is the shiniest eye under that deep purple hood. That blue-white massive star is a binary, with possibly a neutron star or a black hole companion that our colleagues are after.  The purple colour in this picture comes mainly from glowing Sulphur, and the paler regions with hues of green and pink also glow in Hydrogen and Oxygen.

It’s Supernovae that are responsible for getting heavy materials, like iron, into the Universe, so that we can build telescopes, to see what’s out there – not to mention other useful things like Oxygen.