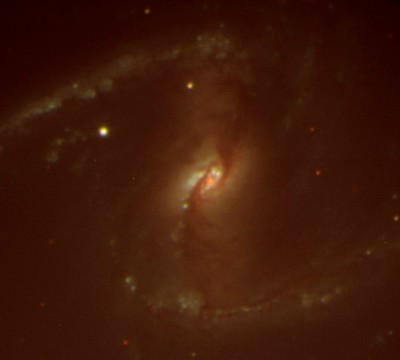 Posted at 08:08h in Astronomy Articles by Thea Koen 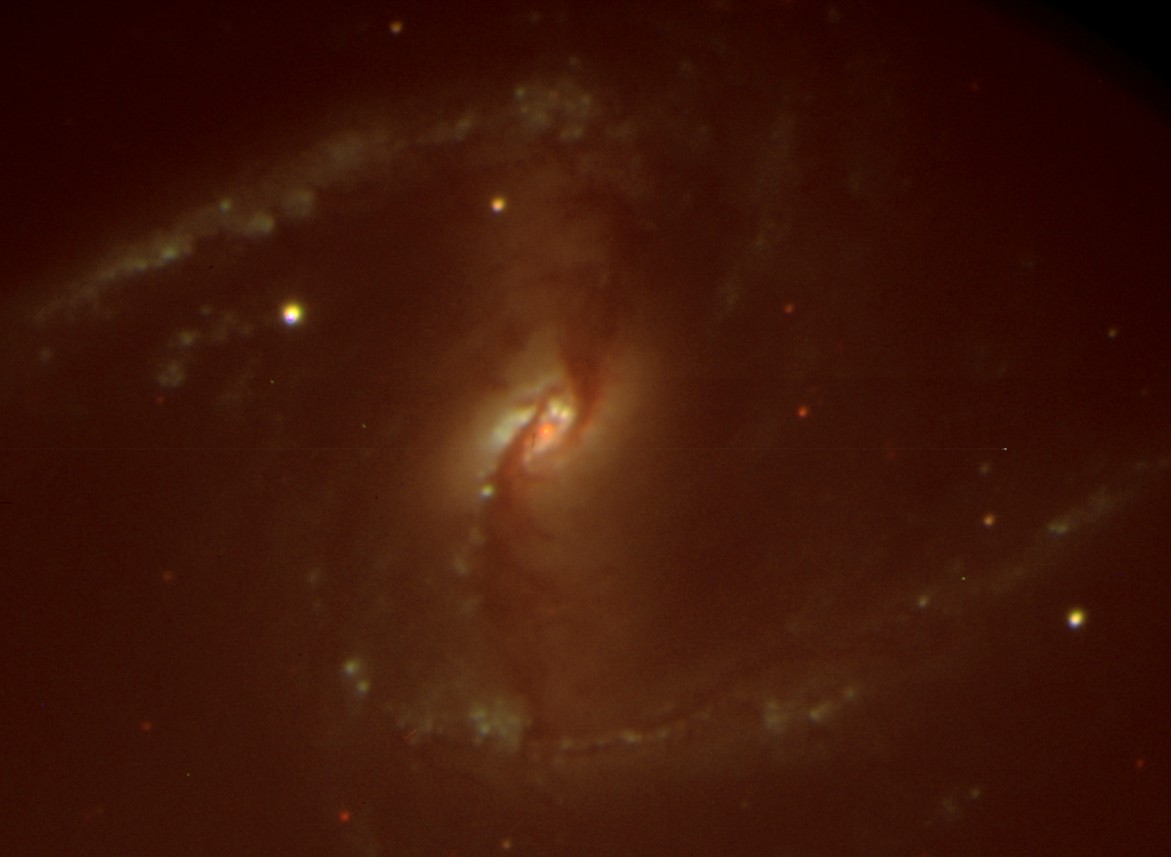 Images with telescopes are taken in various filters and are then combined to create colour composites like the one above.

The Great Barred Spiral Galaxy (NGC 1365) lies in the constellation of Fornax (the Furnace) and is one of the largest known galaxies, located some 60 million light-years away. It extends roughly 200 000 light-years across and the galaxy nucleus contains a super-massive black hole of approximately 2 million solar masses.

This RGB image is a combination of 10 second exposures taken in red, green and blue filters on the Southern African Large Telescope (SALT) during November 2016. No image processing was done beyond the combination and scaling of the different colours (see raw images below). Such an image will show far more detail if longer exposures are made, but even in these extremely short exposures, the galactic nucleus is clearly visible together with dust lanes that extend along the bar to the spiral arms.