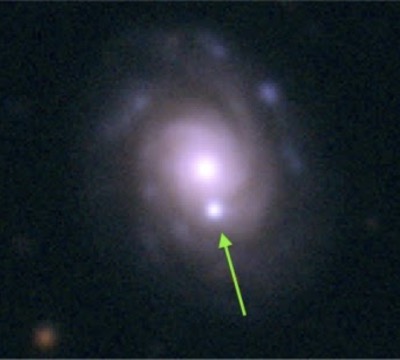 Posted at 15:37h in Press Releases by admin 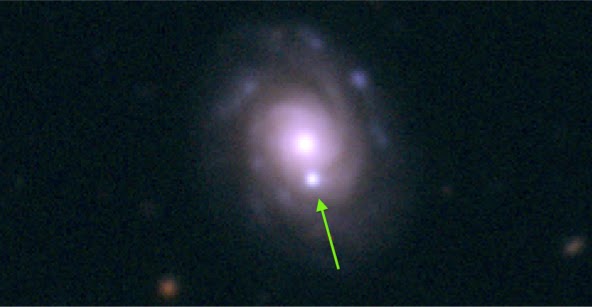 The Southern African Large Telescope (SALT), the largest optical telescopes in the Southern Hemisphere, has played an important role as part of the international Dark Energy Survey’s (DES, https://www.darkenergysurvey.org/) quest to pin down dark energy, the mysterious force accelerating the expansion of the universe.

As part of the hunt, SALT conducted follow-up spectroscopy of supernovae – stars that explode at the end of their lives – discovered by DES. Supernovae are so bright that they can be seen on the other side of the Universe and astronomers can accurately calculate the distances to a small subclass of them – the so-called Type Ia supernovae. Once their distances are known, Type Ia supernovae can be used to measure the acceleration of the expansion of the universe. Sorting through the chaff of variable objects to find and classify the Type Ia jewels was the important role undertaken by SALT and several other of the world’s biggest telescopes.

“To measure the acceleration of the universe’s expansion by studying stars that died hundreds of millions of years ago takes the most powerful telescopes in the world, combined with meticulous analysis. SALT has provided a key contribution to the international Dark Energy Survey, the most sophisticated study of dark energy with supernovae yet” said Dr. Eli Kasai, former PhD student at SAAO, now lecturer at the University of Namibia, and Principal Investigator for the South African Astronomical Observatory DES program from 2014 to the end of the survey in 2018.

“We need to control systematic uncertainties to very high precision so that we have confidence in our conclusions. SALT, with its massive mirror and ability to rapidly target exciting new candidates, allows us to take a confirming spectrum when the supernova candidate is at its brightest. This translates into clean answers to exactly what kind of exploding star we are looking at.”, said Dr. Mathew Smith, who is based at Southampton University and was the PI of the SALT spectroscopic follow-up program of DES supernova candidates from 2013 to 2014.

DES began science observations in 2013, in Chile, South America, with an overall goal of measuring the expansion history of the Universe in order to place tight constraints on the quantity and properties of dark energy at an accuracy of about 1%. DES employs several methods of constraining dark energy, of which supernova observations, are a primary tool.

“20 years ago we discovered Dark Energy and the acceleration of the universe by carefully observing supernovae. Today, two decades later, dark energy is still one of the great mysteries of our time. These results, with the purest sample of supernovae to date, confirm yet again that dark energy is real, and will be a key target of investigation for the Square Kilometre Array (SKA), that will be built primarily in South Africa.” said Professor Bruce Bassett, a member of the SALT DES supernova follow-up program, astronomer at SAAO and head of the Data Science group at the South African Radio Astronomical Observatory (SARAO). SARAO has recently completed construction of the MeerKAT radio telescope that will form an important part of the Square Kilometre Array.

“Dark Energy is perceived to exist in the vast empty spaces between galaxies in the Universe known as voids and we believe that it is responsible for making galaxies move away from each other at ever-increasing speeds. In other words, it is responsible for the accelerated expansion of the Universe that we observe” said Prof. Roy Maartens, an SKA Chair in Astrophysics and Cosmology at the University of the Western Cape and a member of the SALT DES supernova follow-up program. He went on saying “observing more and more supernovae in many galaxies gives us a handle to quantify the properties of dark energy and also provides us insight into the true nature of supernovae”. 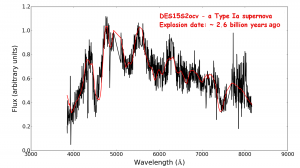 A spectrum of the Type Ia supernova “DES15S2ocv” taken by SALT on the 9th of January 2016. Over-plotted in red is a template spectrum used to classify the supernova. Image credit: SALT/SAAO

SALT consistently played a pivotal role of classifying into various types the discovered supernova candidates and successfully determining how far they were from Earth, two important parameters that were key to the success of the DES experiment, which came to an end at the end of February 2018. Spectral observations of the discovered SN candidates by SALT and other spectroscopic capable telescopes in DES played a crucial role in helping algorithms that could classify the discovered supernova candidates and determine their redshift using only the images in which such candidates were discovered. This type of classification and redshift determination is less accurate in comparison to that performed with spectroscopic data from SALT and other spectroscopic capable telescopes.

“The DES team has independently confirmed the existence of dark energy by combining four different cosmic probes: (1) supernova observations, (2) baryonic acoustic oscillations, (3) weak gravitational lensing and (4) galaxy clustering”, said Dr Eli Kasai. He continued by saying “The conclusions from DES from combining these four probes mean that for the first time we have been able to find strong evidence for cosmic acceleration and dark energy from a single experiment, instead of combining results from many different telescopes and different analyses.”

The past three weeks have seen the release of 8 DES papers to Arxiv.org, reporting the findings of the analyses of DES supernova data observed over the first three years of the survey. The papers made use of the survey’s spectroscopic data including that taken with SALT.